Transfer your idea’s, into actions! 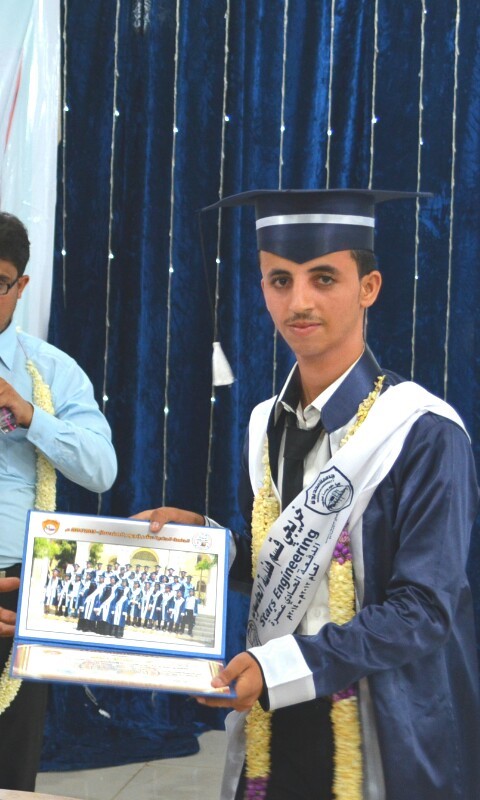 joined Mobadara program in the same year. He learned many new skills from the training program and it taught him how to plan and deal with others. One day, he helped one of his friends prepare a work plan for opening a stationary store. The process of creating the plan for his friend made him think of opening his own businesses. He started to a do a market-study, on possible businesses opportunities needed around his area in Hajja. He went around to ask people for what they need, and thought that an exchange/transfer currency shop is the best idea. Taha’s field of study is quite different from the idea of the project he wants to implement, but he saw a great opportunity in giving it a try.

He started passionately collecting the documents needed to open the job, and started to calculate the costs and expenses. A challenge appeared, Taha realized that he did not have enough capital to open it alone. He thought of including his brothers, as partners to open the shop. He soon called his brothers, and agreed to all meet to hear Taha’s idea. His brother liked the idea and was welling to start the business. Actions started taken a place, and they were all able to collect around 4 million riyals as a start. They named the shop Al-Taifi shop for exchange and transfer, which is their family’s last name. Months passed by, and Taha gained more experience. The shop started to grow and get more customers, and the capital increased from 4 million only, to 20 million riyals.

Now, Al-Taifi for exchange and transfer has become so famous. Not only that, Al-Taifi is now an agent for 8 major exchange companies such as Al-Kuraimi, Najm, Saif and Swaid. Success start with an idea, that you must transform into actions!