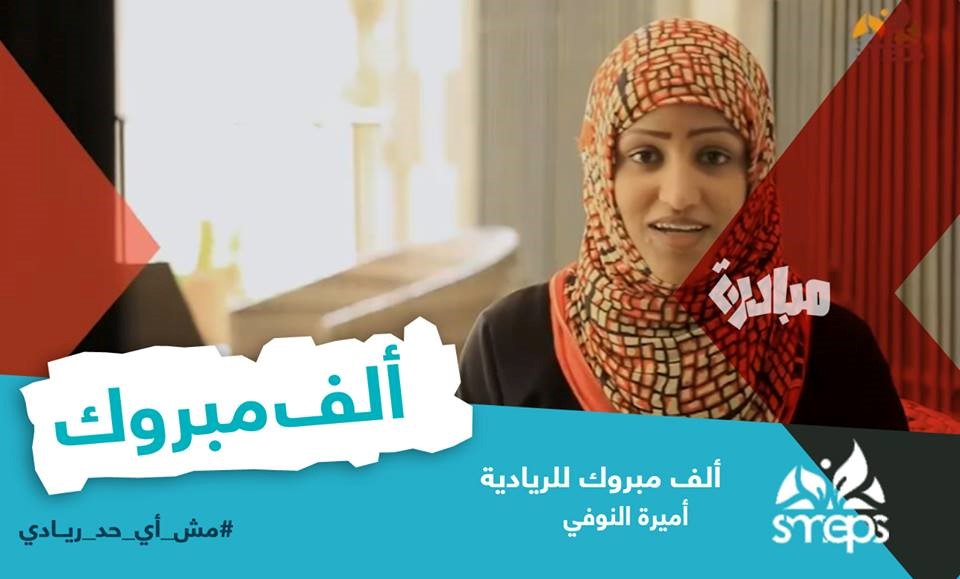 Amira Ali El Noufy is 27 years old. She studied accounting at the University of Science and Technology in Sana’a and joined Mubadara program in the same year of her graduation, in 2014.
Amira was enthusiastic about learning. She was happy attending Mubadara and getting to learn practical lessons. Amira’s great lesson from Mubadara was self-reliance. Amira helped one of her friends prepare a work plan for a sewing shop and it achieved great success. When she was helping her friend preparing a plan, she started thinking to open her own project.

Amira was a leader and she had some excellent management skills. The idea of opening her own business soon became reality. She was passionate about food, so she opened a snacks store. Her store name was “Kari Lomi” for snacks. It was established in 2017 and its still working. Amira said it was quite challenging to overcome obstacles appeared because of the current situation in the country, but I managed, I learned that from Mubadara.
Kari Lomi now has a capital of 3.500.000 riyals. It was first established with a fund provided to her by Mubadara of $5000. She now has an average number of 20 customers ordering from her snacks shop per day. She has a total monthly revenue of 200,000YER and net profit of 50,000YER. Amira hired 3 males’ employees with an average of 40,000 monthly salaries.

Amira is now more reliant or herself, independent and strong.