Yemen’s Zoro is a woman! 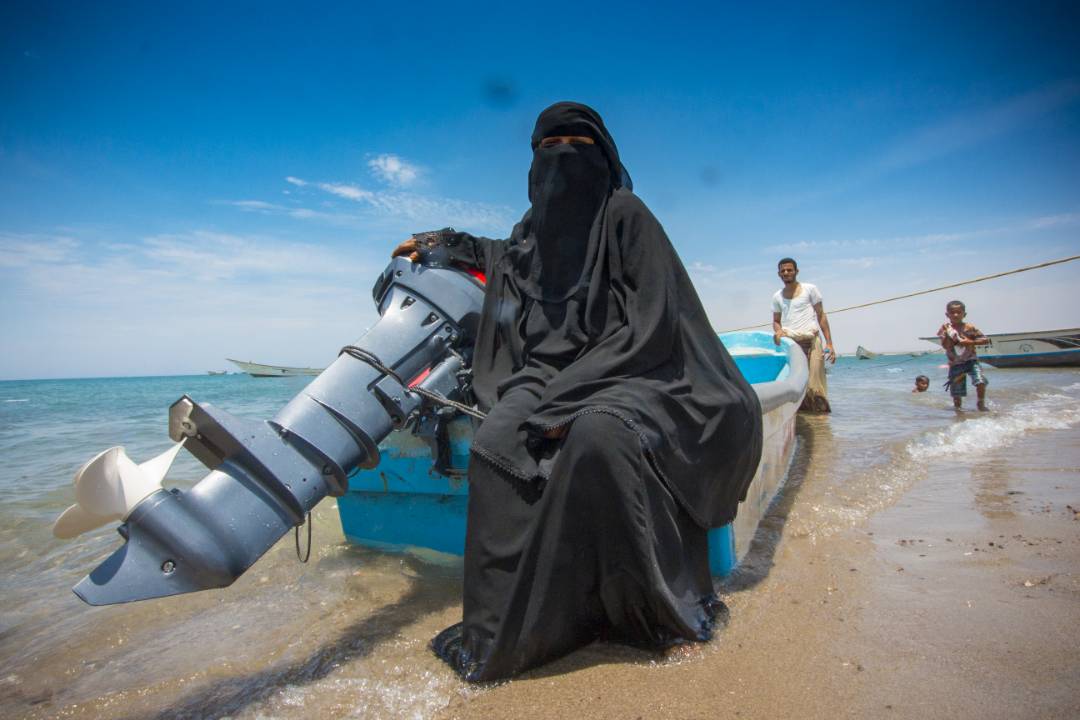 I have been working for the small and micro enterprise promotion services (SMEPS) in development in Yemen for almost two years. It is an agency which work for empowering communities in Yemen, it does this by facilitating and encouraging micro, small and medium  business. SMEPS also use SDGs indicators to measure it’s projects.

Looking at and reading about the work of other development agencies and NGOs around the world and through my experience at SMEPS I noticed the similarities in their work and the projects. I was reading an article telling a story closest to be a fairy-tale, but it was a real life case that started 25 years ago. It’s about a girl called Beatrice who comes from a very poor family in Uganda. Unfortunately, Beatrice couldn’t attend school because her family couldn’t afford sending her to one. In fact, the family was too poor that there was often not enough food to eat. The life of this girl had changed after her family got a goat from an organization named Heifer. The goat was Beatrice’s’ responsibility and she named it ” Mugisa” which means luck in their language. Mugisa was pregnant when she came to Beatrice’s family and soon gave birth to two more goats. The milk helped Beatrice and her siblings to get healthier, and they were able soon to sell the extra milk. Finally, the family sent Beatrice to school. Regardless, she was nine years older than other students. She breezed and succeeded. After a few years Beatrice got a scholarship to study at college. In 2008 Beatrice graduated with a degree in economics  and it’s all because of a goat. This story is telling hope and shows how small things in one part of the world could be big in another.

When I finished reading this touchy story I thought about all the women that got help from SMEPS and how it reflected on their lives. Over 3000 women in the last two years got some kind of help whether it was technical support for those who re-established their business or cash grants to buy goats like” Mugisa”, sometimes they received help that included agriculture equipment, fishing boats or even boats engines. By the time I thought about engines I somehow visualize “Aziza” in my mind that marvelous powerful women sitting there on her own boat in Lahjj Yemen dressed all over in black reminds me of “Zoro”. Actually, she could be the feminine version of him because in a way or another both of them are heroes. To those who don’t know about Aziza Let me introduce her, Aziza is the first fisher women in Yemen, she is particularly from Lahaj a small region in the south of Yemen she’s been working as a fisher-woman since 2008, two years ago a storm was blowing in the middle of the sea while Aziza was fishing. The storm led to the loss her boat engine. Aziza stopped fishing losing her only source of income.

When we met Aziza, she was sad afraid and hopeless. The fact is that any sort of work in the whole world automatically reflects on the worker character so I think as much as Aziza was worried about the shortage of money and her five sons she was afraid of losing the captain spirit and her power within. SMEPS with the World bank supported her with a cash grant so she immediately bought an engine for her boat and resumed her trips. I’m so glad to say that Aziza now is independent again, happy and more powerful. Actually, she is thinking about buying a bigger boat to increase her income and live in dignity for the rest of her life. By coincidence the name “Aziza” in Arabic means the women with dignity and I am happy that SMEPS contributed a little in helping Aziza achieve more dignity. We SMEPSers are trying so hard to change people’s lives and make sure to get their dignity back, giving them chances to re-live and spread hope among society.

I’m so glad of being a part of this crew who actually do all this and more, so whenever somebody ask me what do you do for living I can’t be more proud when I answer I’m a hope maker, I’m a dignity saver, I’m a SMEPSer.